A Brief Introduction to Phenomenology 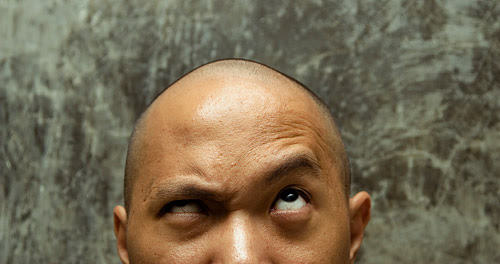 The term phenomenology literally means the study of ‘phenomena’. Philosophically, it is the study of structures of consciousness as experienced from the first-person point of view (in contrast to say, cognitive science, which attempts to study consciousness from an objective view). There are a number of different methods which have been grouped under the umbrella of phenomenology. In this brief introduction, however, I will place central emphasis on the phenomenological method of Edmund Husserl, the founder of phenomenology, and briefly mention the other forms of phenomenology, which too, have a basis in the work of Husserl.

Husserl came to prominence with his book Logical Investigations which raised the call of returning to the things themselves; i.e. in focusing on how things (which includes not just physical objects, but also numbers, emotions etc anything that is an object of consciousness) actually do present in our experience, instead of relying on some philosophical system to tell us how they should appear. This was called Realist Phenomenology. Husserl later wrote Ideas Pertaining to a Pure Phenomenology and to a Phenomenological Philosophy, which introduced Transcendental Phenomenology and seemed to revise and extend the concepts of his previous work. This later work was often misunderstood to portray a version of Idealism and resulted in many phenomenologists distancing themselves from Husserl.

Now, when consciousness is directed at something, there are certain assumptions that are made by the subject. For example, if it is a physical object, it is assumed that the object exists in an objective world, or that the experience is itself an event in a psycho-physical reality, or that the world exists as a whole. This is the process of ‘taking-for-granted’ and it marks the natural attitude of consciousness. However, Husserl says that these assumptions should be eliminated, ‘bracketed’, and only then the knowledge of essences would become possible. This taking-for-granted can be put of action by an operation called ‘transcendental reduction’. [It should be noted that Phenomenology does not attempt to answer the question whether objects do exist in an external world apart from our mind; it merely attempts to study objects, of whatever ontological nature, as how they present to our consciousness, without asking whether they actually exist or not.] Doing so, one arrives at pure consciousness. This consciousness is not an item in the world but rather that for which there is a world. Phenomenology, Husserl says, is the description of the structures of this transcendental or pure consciousness. These structures are not ‘inferred’ by any Kantian argument but rather are ‘seen’ by a phenomenological ‘observer’. Husserl believes that such description would lead to the ultimate understanding of things. To describe the structure of pure consciousness is to ‘constitute’ that thing. The world is ‘constituted’ in transcendental subjectivity. In Husserl’s own time, it was interpreted by philosophers in a ‘creationist sense’ as meaning that the world is in some way ‘created’ by consciousness, resulting in an idealistic picture. And hence Husserl was generally rejected. But it was later argued that that interpretation was wrong. Paul Gorner writes: “What is constituted in consciousness is not things but senses, not the things that consciousness intends but the senses ‘through’ which it intends them.”

Husserl later brings the concept of ‘life-world’, which is the world of lived experience. Husserl criticizes the mathematical and natural sciences for their objectivism which seeks to dismiss subjectivity and life-world as mere appearance and accept only that as real which can be represented by the concepts of science. But doing so is flawed because the properties which the sciences attribute to the ‘objective’ world are themselves a product of the idealization and mathematization of the life-worldly structures. Hence, it is the task of philosophy, according to Husserl, to remove this ‘garment of ideas’ which science has thrown over life-world. This task was made central to the phenomenology by Merleau-Ponty who developed his own brand of phenomenology, known as Existential Phenomenology. Like Husserl’s transcendental phenomenology, it does involve a reduction, but this reduction is not a reduction to a ‘transcendental consciousness’ by bracketing the assumption of the existence of the world, but rather it is the bracketing of the view of the world presented to us by the objective sciences.