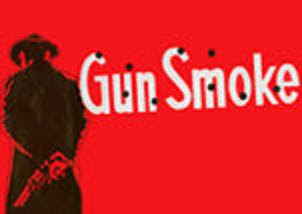 I went to Gun Smoke today, a restaurant on the M.M. Alam road that i had heard about often but never had a chance to visit before. The atmosphere was certainly upto its reputation: the wild-wild-west ambience, the cow-boy feel, cowboy movie posters pasted on the walls, peanut shells and remnants cluttered on the floor and even present in between the pages of the menu, music of the same theme in the background. The food was also good, especially the french fries, albeit very over-priced. Only the waiters were not upto the expectations. They were all dressed in cowboy hats and suits, but they were supposed to be rude and assertive, as i had heard, and as also the menu warned "Beware of the waiters". The waiters we encountered were far from being rude and bold; they appeared rather dumb-witted to me. One of the waiters surely did slam the water-glasses on the table, but even that was done in a rather timid way. But i suppose a little gentility doesn't harm, and it sounds really odd to my mother that people go and pay to be spoken rudely to. Lolz.
My Life

Anonymous said…
oh my God! i envy you. i miss going to gun smoke after a long day of endless wedding preps, sigh.

A said…
LOL. Of course me being the paindu Pindiite have not visited the restaurant. But I read a review of the Gun Smoke, and the concept had me intrigued, especially the waiter part.
And yeah, my mum had the same views when I told her. ;p
June 12, 2008 at 8:27 AM

WritingsForLife said…
haha.. that is a weird way to stand out... I dont think i like the idea.. it could so easily offend people and they would lose business.